Skip to content
by Jorge Montero
Maybe you are interested in a language, or an open source project, but you feel like the community is unwelcoming: Some big voices are rude, they’re downright hostile to newcomers and anyone who disagrees with them. Let’s not get involved.

Or in your workplace: influential people in the organization aren’t nearly as helpful, or as smart, as your teammates. Yet their opinions, and bad behavior, are followed by everyone else, and you feel bullied into decisions, you accept their little abuses. Ultimately the people with the most freedom move away, until the workplace is a surreal island where time stood still 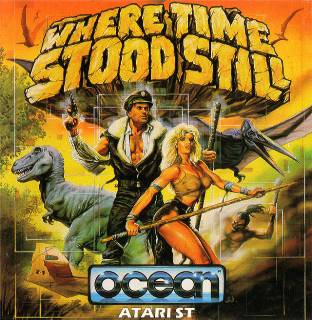 There’s this old Christian Andersen tale, The Emperor’s New Clothes. Some weavers sold the emperor a suit, which cannot be seen by those who are incompetent or unfit for their position. It was really not a suit: they gave him nothing, the emperor was running around nude. Nobody said a thing. Each assumed they were in the wrong. Only when a child cried out “he has no clothes!” did everyone else realize that they were not alone in pretending.

While the Emperor’s situation is humorous and extreme, the open source and workplace situations are not. They are real, and they have mathematical underpinnings! A paper, called “The Majority Illusion in Social Networks,” studies this very phenomena. The Washington Post describes how public opinion appears to change rapidly, when sometimes it’s really that public opinion suddenly became known.

Those whose opinions are the most visible control what opinions are seen as acceptable and polite. The moment enough of the social network sees their own opinion as acceptable, bam! a major change in sentiment appears. That feeling was already there, but it was masked by a few local celebrities who didn’t share the values of the majority.

When we dislike bad behavior, we feel alone, but we are not special. We all see it, we all dislike it. We all wish we were using the right tools for the job. We all wish the mailing list contained only polite helpful responses. But social norms — set by the few who are also the loudest — make us not care enough, not invest enough, to communicate our opinions with such volume. Shame and fear of rejection freeze us. Or we lack the hunger for conflict. None of us say the emperor has no clothes, bad behavior persists.

The math says the evident culture is not always the predominant culture. A few confident, inconsiderate people in key positions intimidate an entire department. A few derogatory voices fence off a language, leaving erstwhile contributors to chew on rocks outside.

If you care about your organization, work to make everyone’s voice heard.
If you care about your open source community, speak out against behavior that masks the majority attitude. Watch for a red flag in your head: “I think his opinion is wrong, but I’m not going to say anything because arguing with him is not worth it.” You’re not the only one who sees through that clothing.

Look at these lovely bookends! I’d leave a review but Etsy thinks they’re still in transit. @youngoldthingsllc_
Where does understanding lie?

Scroll back to top